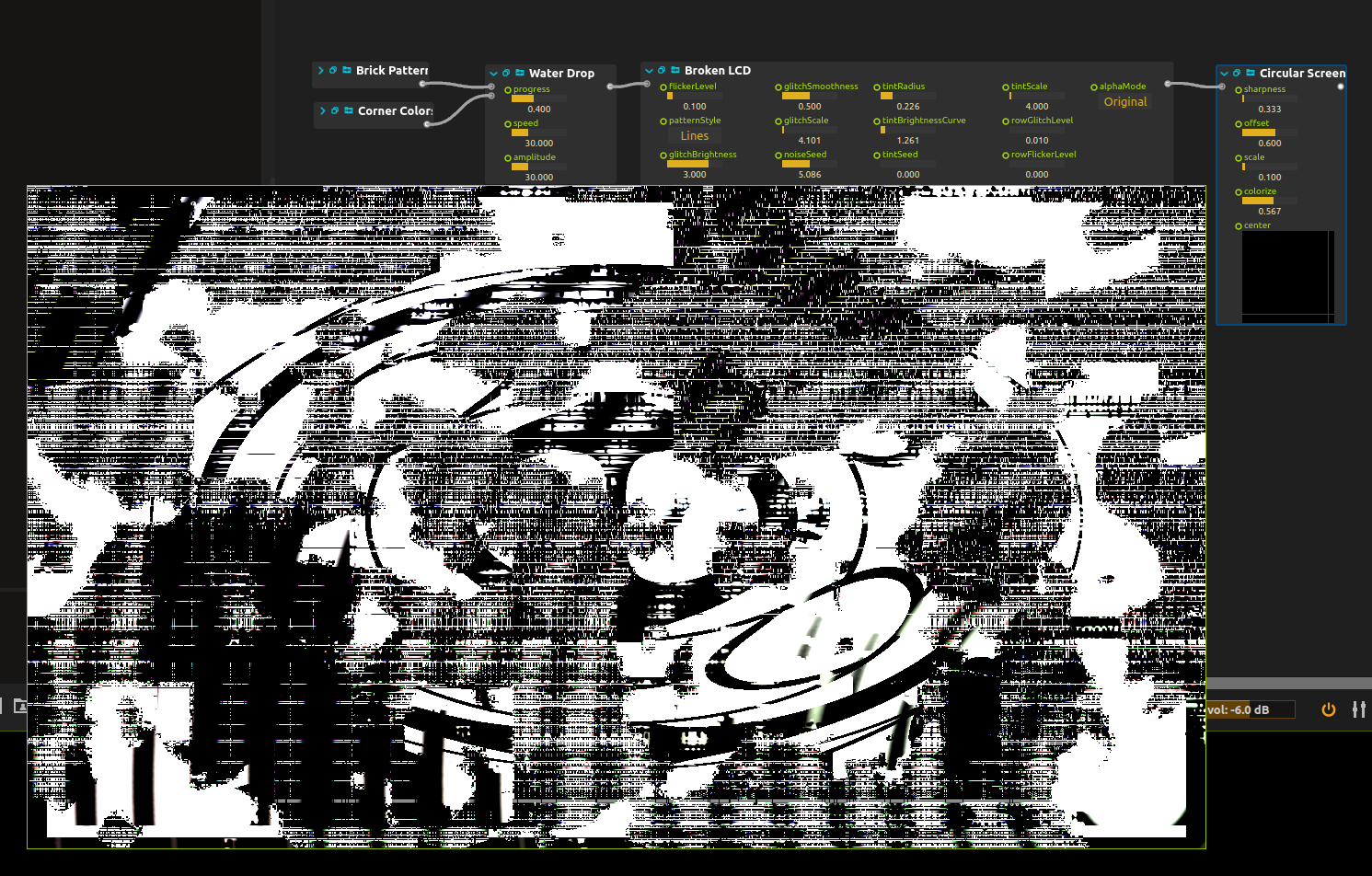 The shader process allow you to add and live-code your own shader to an image or video. A shader is a visual effect or generator program, which is processed with the graphics card for maximum performance.

Shaders are written with the Interactive Shader Format (ISF), using GLSL. A lot of nice shaders are already provided as part of the user library, courtesy of Vidvox.

They can be drag’n’dropped from the library, or from the explorer ; controls and inputs will be created automatically.

We recommend using the official ISF editor to edit shaders for production work ; but it is possible to edit the shader code live during execution of the score, by pressing Ctrl+Enter(Win / Linux) or⌘+Enter(Mac) when in the code editor ; the shader will be updated automatically.

The shader editor allows to edit both the fragment and the vertex shader.