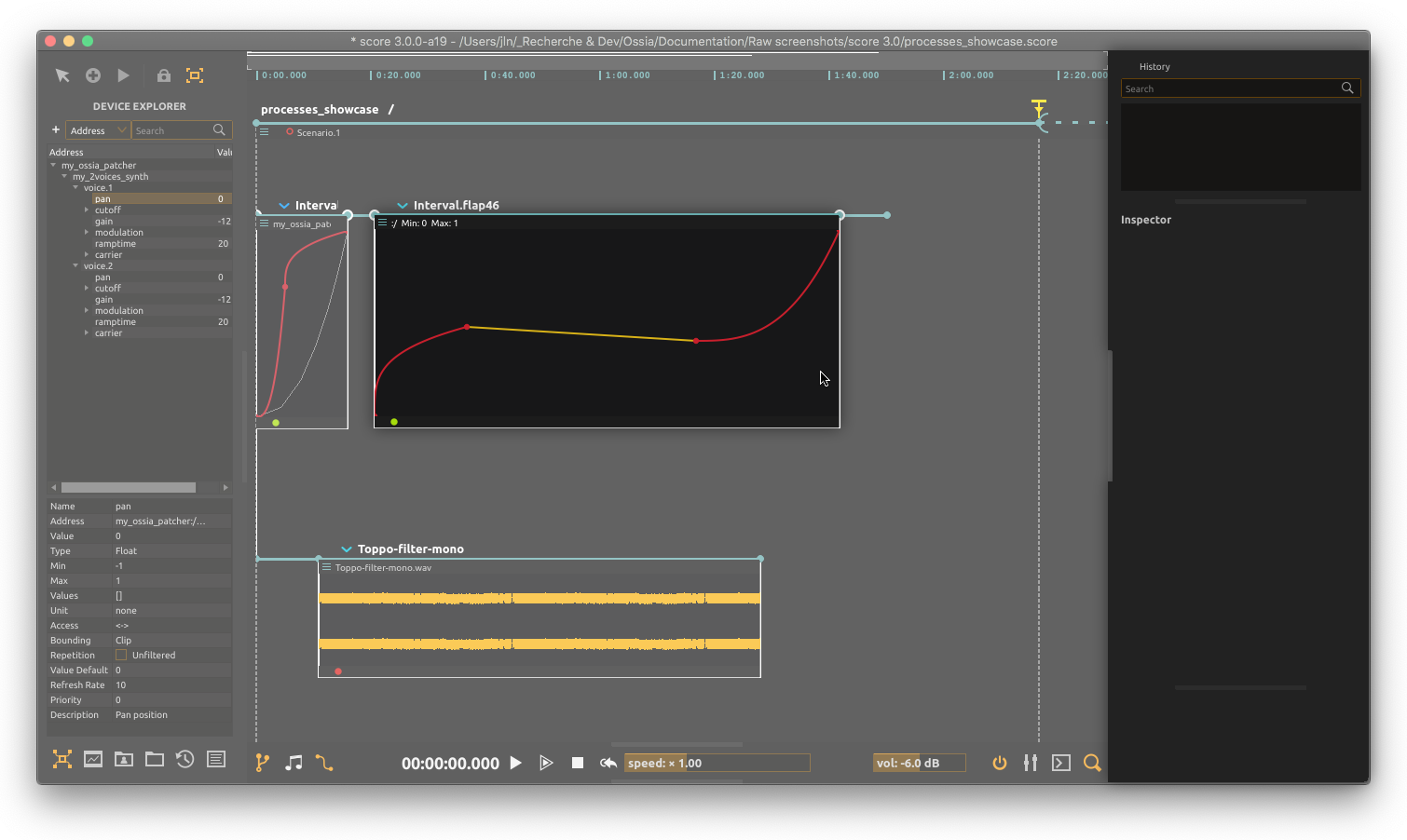 Multiple points can be added on an automation. To add a point, double-click in the automation slot to create a point under the mouse cursor.

You can also create a new point using Ctrl+click(Win / Linux) or⌘+click(Mac) in the automation’s slot.

To delete a point from an automation, click on a point to select it, then from its contextual menu select Remove.

Multiple points and attached segments can be selected and removed at once using the Remove contextual menu entry.

For fine control, you can also use the dedicated number boxes from the inspector. Click on a point to select it and display its inspector then use the value number box to adjust to the desired value. 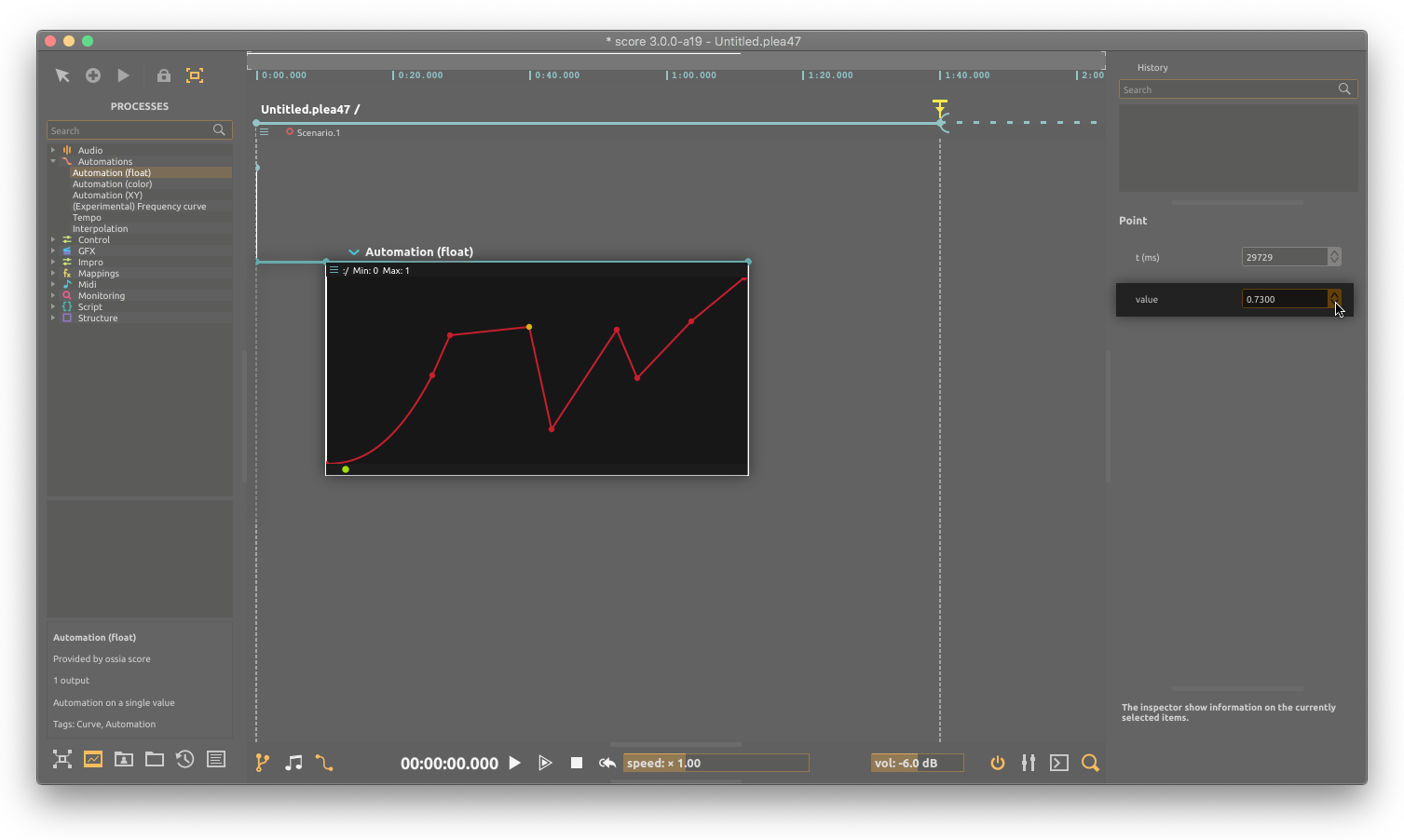 Power type segments (default) can be added a curve factor. To do so, click a segment and use Shift+Drag. Dragging the curve upward add a log-like curvature to the segment, while dragging downward add a exp-like curvature.

Segments between two points can be set to various predefined shapes. To do so, click a segment and from its contextual menu, choose the desired segment shape in the Type category.

Automation’s function can be hand-drawn using Alt+Drag in Automation editor. Drawn function will get optimized and transformed onto a beak-point function on mouse release so you can edit various points individually.

When off, points can be freely moved along the whole automation’s slot.

When Lock between points option is unset, crossing adjacent points can be handled in two different ways.

By default, crossing an adjacent point in automation will remove this point. This can be turned off using by unsetting the option in the automation’s contextual menu.

When off, moved point will get inserted at its new position without removing other points in automation.

Tweening allows an automation to ramp smoothly from the running value of an address which was assigned to, during the first segment. This means that, assuming an OSC address /foo, if tweening is enabled, no matter the visual “start value” of the first point of the automation curve, the actual first point during execution will be taken from the value of /foo when the score reaches that part. This allows smooth transitions from a live control, to a scripted one.