To play a sound file, drag’n’drop it in the score, from the library, or from your operating system.

If you don’t hear a sound, check that : 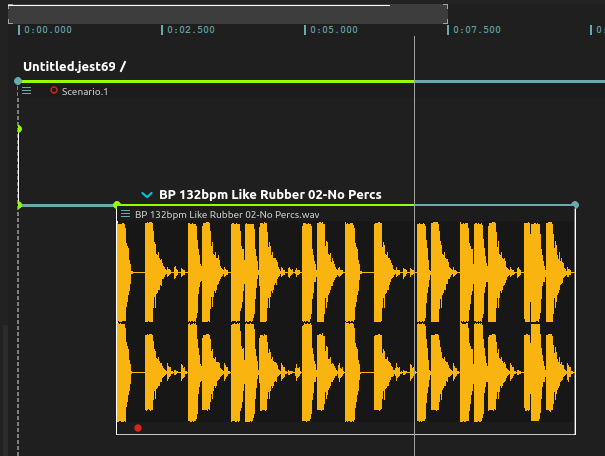 To apply an effect to a sound file:

To apply an effect to multiple files, it would be possible but unwieldy to connect a cable from each file to the audio effect.

Instead, we can group them in a single scenario, and rout the scenario’s output to the audio effects: 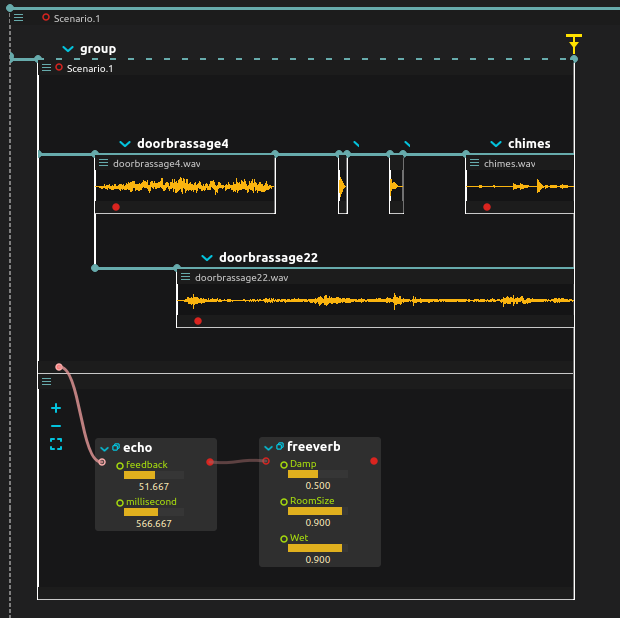 Every audio outlet has a “gain” sub-outlet which can be used to perform fades.

The created automation can then be used to adjust the volume of that output in time. 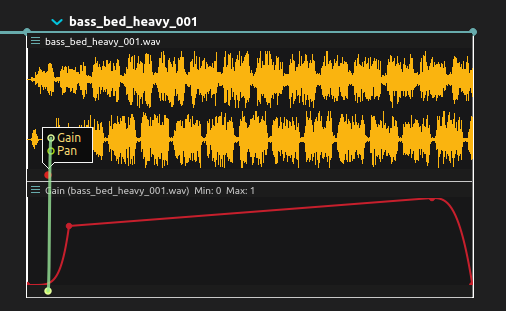 score provides a simple envelope analyzer. Combined with the signal display process, this allows to visualize a signal in the time-line.

score allows arbitrary numbers of audio channels to go through its ports.

This makes it possible to use it for instance with large speaker arrays, domes, etc.

A simple and efficient 2D spatialization algorithm is provided with the Faust spat preset (which uses the spatialization method devised by Laurent Pottier).

By default, it will spatialize a mono source on a 8-channel circular loudspeaker array. 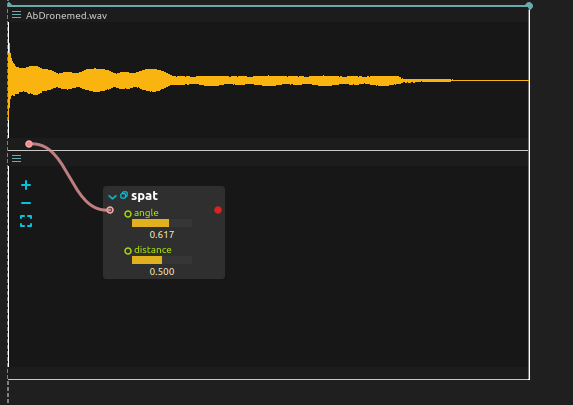 It is possible to edit the Faust script, to change the number of loudspeakers:

To use a live audio input in a part of the score, follow these steps:

In the following example, a stereo bus receiving a stereo guitar signal has been created. It is sent to a reverb.

As mentioned in Audio routing, mixing is by default hierarchical: objects mix their output in their parent object.

In general, most scores will be built around a top-level scenario, which will contain all the structures: 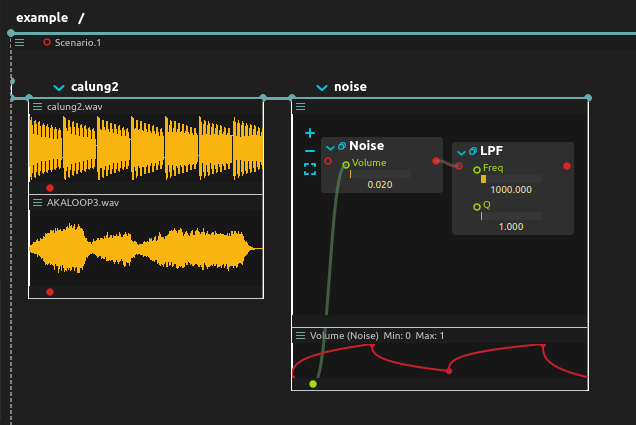 This scenario is no exception to the rule: if you scroll at the bottom of the score, you’ll notice it comes with an output audio port, too.

In this example, we reduce its slots’s height so that it is visible:

It is then possible to connect the output of this scenario to another process, to apply a global audio filter: 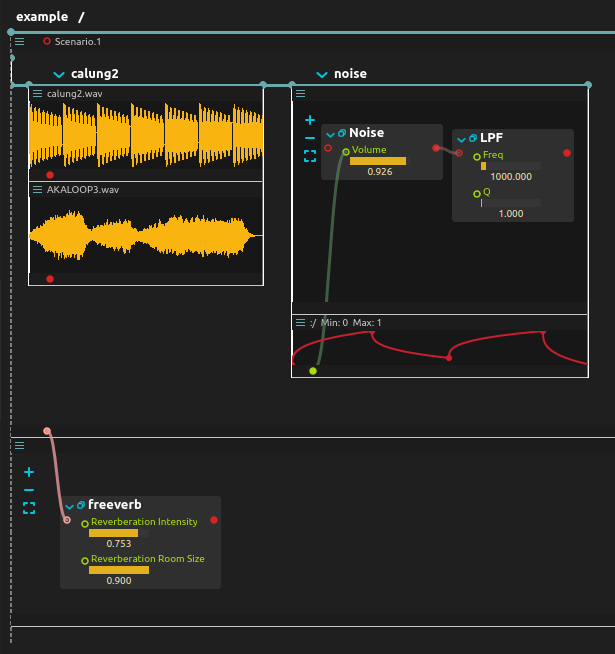 If complex filtering is necessary, it is of course possible to switch into the nodal view to create advanced effect routings: 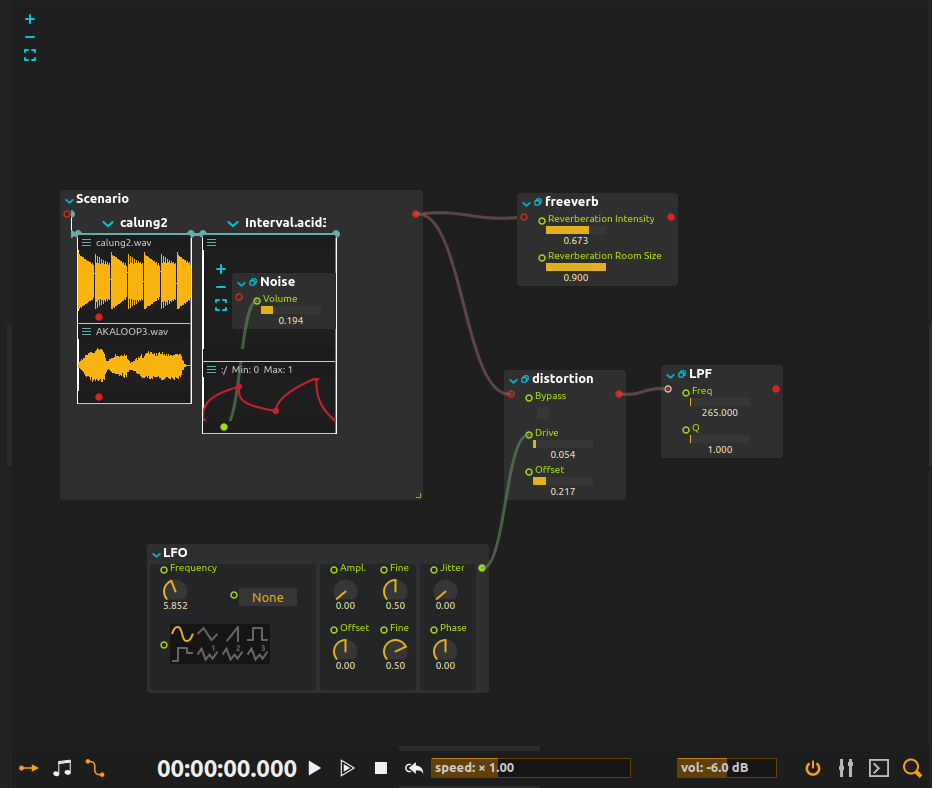