This device allows to expose the physical inputs and outputs of the sound card as device tree nodes, which can then be used at any place in the score to route a part of the score to a specific sound card output for instance. 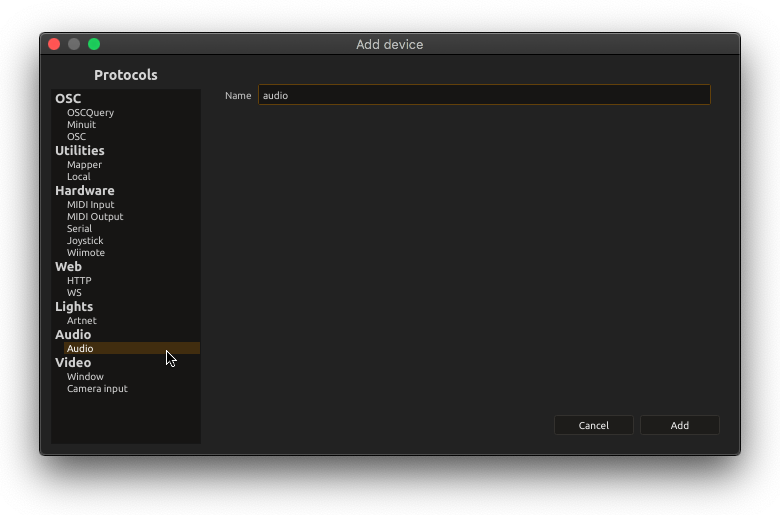 It is possible to set a float value between 0 and 1 on the audio parameters, for instance to automate the global volume of a given output.

Multiple processes sending audio to the same parameter will be summed.

For a sound card with two mono inputs and outputs, creating the device would look like this: 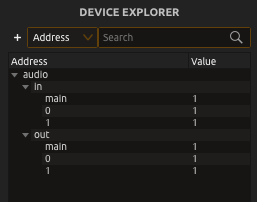 It is possible to create busses, for instance to create stereo pairs. To do so, just add a child to the device : 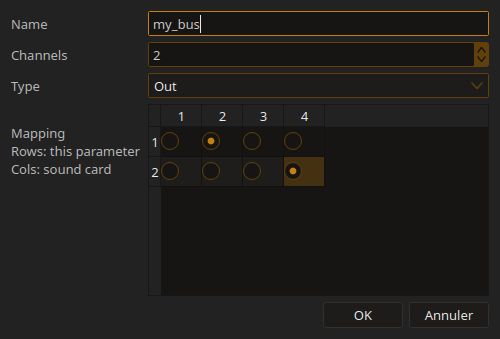 These are abstract busses that can be used for communication within score (for instance to send the output of a set of processes to another process, to make e.g. an aux track).