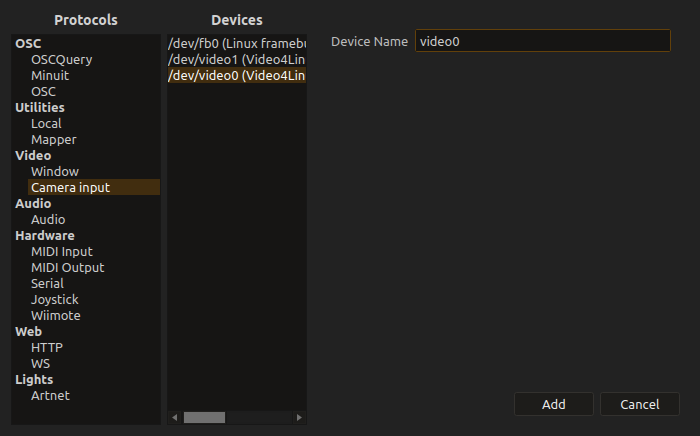 Score supports using camera inputs in its VFX graph. The camera can be used as the input of a texture port.

In this example, we perform the following steps:

The passthrough effect can be found in the user library, in the folder Presets/GLSL_Shaders/utility.

The video input system uses FFMPEG, which itself leverages the operating system’s video input decoding mechanism as far as possible.

The v4l2loopback kernel module allows for a lot of useful things.

Grabbing the screen with v4l2loopback

Forwarding an external video file to score through v4l2loopback

Spout is supported as output on Windows. Syphon on Mac is not yet supported, neither is PipeWire on Linux. Complete support for both systems is slated for a 3.x release of score.